The Black and White Toning Photoshop Plugin is lightweight and very easy to use.

After choosing your desired tone preset, use the strength slider to change the intensity of the effect.

Tone presets which are included are

The FMS Tone preset is one that simulates the tone often seen in some of the old photographs made by Frank Meadow Sutcliffe who was an English pioneering photographic artist. His work presented an enduring record of life in the seaside town of Whitby in the late Victorian era and early 20th century. 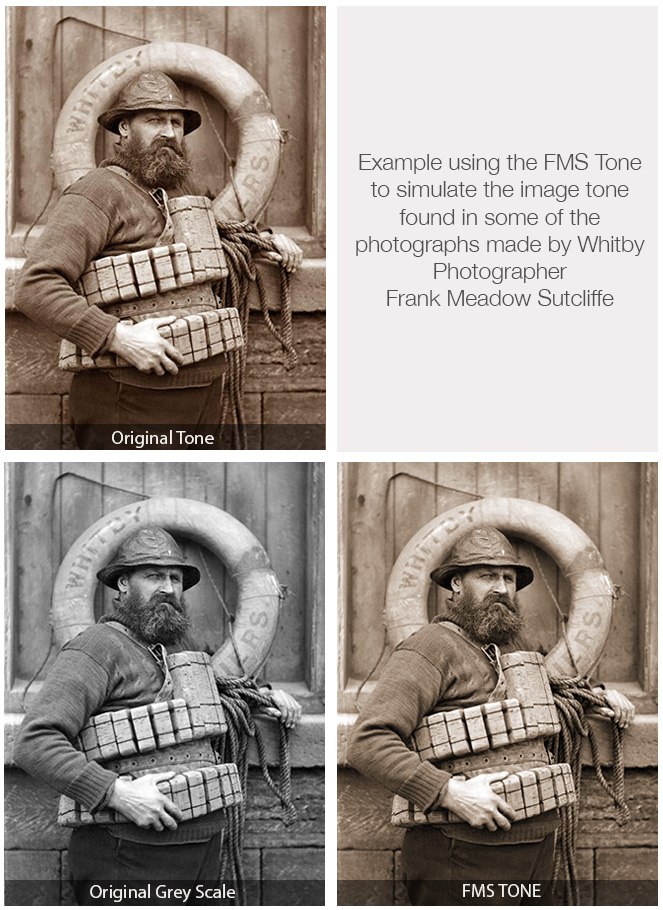 How To Install Photoshop Plugins

has been added to your cart!

have been added to your cart!

Downloads
Articles
Buy Me A Coffee

If you enjoyed the website and found it useful then please buy me a coffee.